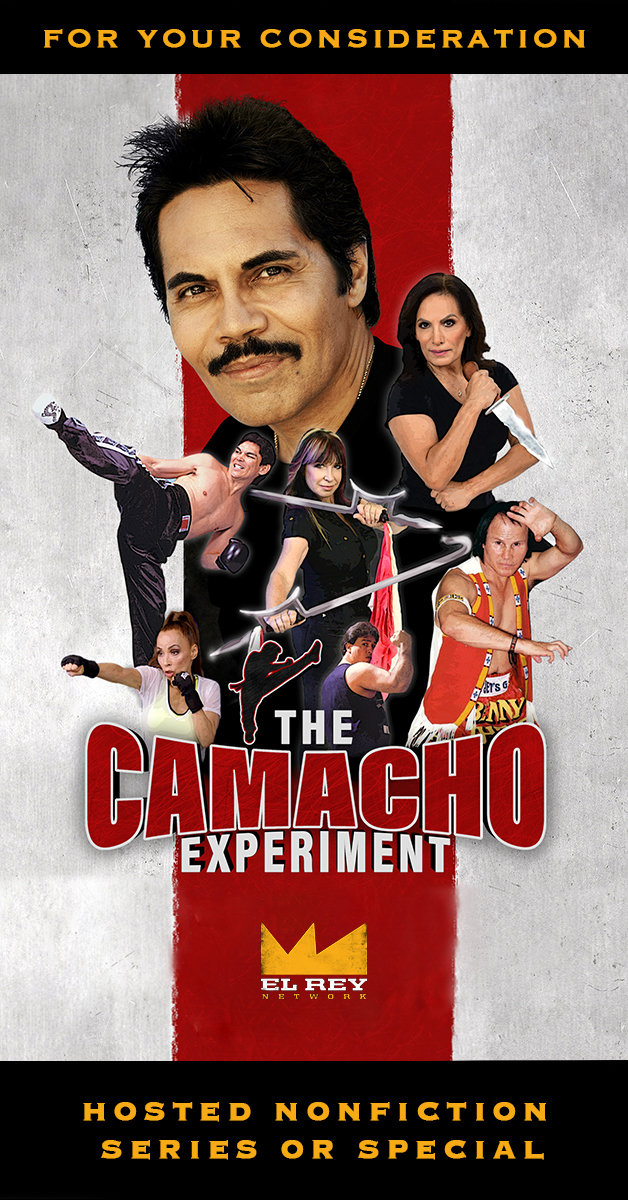 For Your Consideration: “The Camacho Experiment” as an Emmy ® eligible program for the 2021 Awards season

Burbank, CA – Described as “The Most Dangerous Hour on Television”; THE CAMACHO EXPERIMENT is in its premiere season on the El Rey Network. This All-New Series is under consideration by the Television Academy of Arts and Sciences as an Emmy ® eligible program for the 2021 Awards season.

This action-packed roller-coaster ride into the martial arts is the brainchild of LatinX film director-actor, Art Camacho. A one-hour show that is jam-packed with one-on-one interviews, martial arts action, and unforgettable demonstrations featuring some of the biggest icons in martial arts history.  The show also features impactful and memorable music contributed by members of the Grammy Winning LatinX band Los Lonely Boys with a Latin Rock vibe.

Camacho, whose film and TV credits include Half Past Dead, X-Treme Fighter, Assassin-X, Mayans MC, Seal Team, and many more, has taken his unique style of going head-to-head in a no-nonsense approach to revealing some of the most secretive moves in martial arts combat. From stepping into the ring himself to being sliced up by a set of Filipino knives, host Camacho will do whatever is needed to go beyond the typical Q&A.

Camacho, who grew up as a chubby, insecure, poor kid of immigrant parents, proved that anyone can succeed in making their dreams come true as one of the few in his community to take a seat in the director’s chair. “Growing up Latino, especially for a kid like me, was very difficult; in fact, I’m still a work in progress, but it is my belief that if we continue to believe and work towards that dream, it will happen,” notes Art Camacho.

“This is a show completely dedicated to the martial arts,” says Michael Matsuda, Martial Arts History Museum founder and one of the show’s producers. “It’s like martial arts fantasy camp. You don’t want to miss it.”

This Latin-based production has benefited many, especially young Latino children looking for heroes such as those who are part of the show’s first season, including Kickboxing legend Benny “the jet” Urquidez, women’s kickboxing pioneer Graciela Casillas, and gang-intervention icon Blinky Rodriguez. 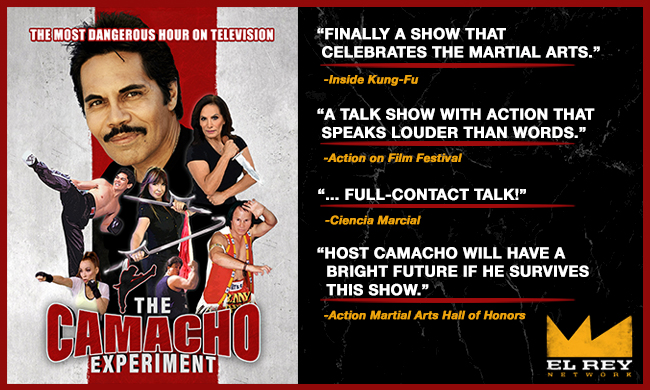